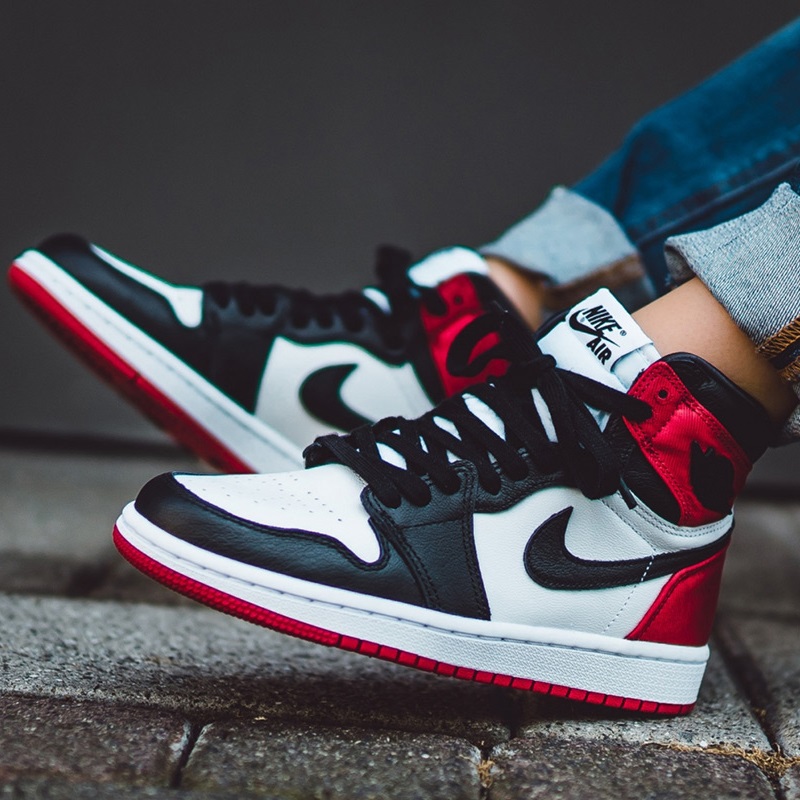 A complete guide to help you out

Arguably one of the best Jordan releases of the year, the Air Jordan 1 High Satin Black Toe was a big hit in the sneaker community. Following on in the same footsteps as the Jordan 1 Royal Satin, the Jordan 1 Bred Satin and the Jordan 1 Shattered Backboard Satin, the shoe quickly became a must cop when revealed back in August. An updated version of one of the coolest original Jordan colourways, it was an instant sell-out.

Just like the Shattered Backboard satin, and with this being such a popular Jordan 1 release in the Jordan 1 satin line, the number of fakes being found on the market is on the rise. Replica Jordans, and pretty much all fake Jordans, struggle to get a few things right when made in factories.

Knowing how to tell fake Jordans is a vital skill for any sneakerhead. In the latest Real vs Fake guide by KLEKT, we’ll be taking a look at how to spot a fake Air Jordan 1 Satin “Black Toe.” There are a few fake Air Jordan symbols that we’ll take you through and by the end, you’ll know how to tell if shoes are fake. We’ll be showing you things to look out for, finer details and how you can spot a fake pair from the start.

Take a look at the image below and have a guess; which is real and which is fake?

If you said the shoe on the left then congratulations, it’s fake! The shoe on the right is in actual fact the retail pair. There are a number of big differences to look for when comparing the real vs fake Air Jordan 1 Satin.

This is one of the biggest giveaways for all fake Jordans and it is easy to spot when comparing real vs fake Jordan 1s. As you can see on the image above, the height of the real Jordans is slightly lower than the fake pair. Fakes will tend to have the cut of the heel finish directly in line with the heel, whereas authentic Jordans will cut the heel slightly lower for comfort.

The design of the original Air Jordans featured the Wings logo. It is one of the most iconic parts of a Jordan 1 and its importance in spotting fake Jordans is key. On pretty much all fake Air Jordan 1s the Wings logo is the biggest giveaway to look out for.

As you can see from the image above, there is a small triangle at the bottom of the Wings logo. This triangle points downwards and is found on all Air Jordan 1s. However, on the fake Nike Air Jordan 1 satin, this triangle is non-existent. If you want to know to tell if Jordan 1s are fake or not, check out the real Wings logo compared to the fake Wings logo.

When looking at the differences between the real and fake Jordan 1 Satin Black Toe, the satin material used is miles apart. Nike and Air Jordan have used a much higher quality satin, with small and vertical lines found throughout. The colour of the satin is also a richer and more vibrant colour due to the premium nature of the material used.

The fake pair has an almost grid-like look to it, with the lines being much thicker on the satin. In terms of colouring, the satin Nike Jordans also appears to be much darker, a common flaw on all fake Jordans. The colouring is one aspect of the shoe that replicators can never seem to get right.

If you want to know how to tell if Jordans are fake or not then get a UV light. If you don’t have a UV light, we could not recommend purchasing one enough. It is a handy tool that will help you to legit check all of your sneakers and they are relatively cheap too. The first sign of a fake pair of Jordans is always the reaction to UV light, so let’s take a look. Air Jordan satins have some big signs to look out for.

As you can see from the image above, the difference in the stitching between the real and fake pairs is pretty clear. The stitching on the real pairs has a clean and consistent gap between each thread, whereas the gap on the fake pairs varies.

It’s pretty clear from the image above that the fake pair has some pretty big differences when put under a UV light, but the sole stitching is by far the biggest. The stitching on the sole really pops in the image above and it’s a stark contrast to the fake pair. Nike and Air Jordan will always ensure that there are minor details that replicators simply can’t compete with, with this sole stitching being one of them.

When you are looking at the Air Jordan 1 Retro High Satin Black Toe (W) from the rear, there are a couple of big giveaways when determining if the shoe is real or fake. We’ll explain just what to check for on Jordan satins below.

Air Jordan 1s are known for having an “hourglass” like figure. In the image below, the pair on the right has a clear figure. It pinches in slightly where the Swoosh meets the heel. On the fake pair, the shoe simply goes straight down with no figure at all.

Ok so technically this isn’t the heel but you do you have to look at the tongue tag face on in order to be able to spot the difference. The tongue tag on a real pair has a few key differences when compared to the fake pair.

Another key difference is the manufacturer country. “Where are Jordans made?” you ask? On the real Air Jordan 1 satin, it states “Made in Vietnam” whereas on the fake pair it says “Made in China.” Nike does have factories in different countries, but the Satin Air Jordan 1s are all made in Vietnam, another key thing to look at when comparing real vs fake Jordans.

By nature, the Air Jordan 1 Satin uses premium materials and when it comes down to the leather it’s of high quality. It’s evident in the image below that the leather on the real pair is much smoother, with smaller creases and gaps. On the fake pair, the leather has much bigger cracks and also a more speckled look.

As you get towards the bottom of the shoe, there are a number of giveaways to look out for. It’s important that you check all of these areas too. Fake Jordans and fake Jumpman manufacturers will constantly look to improve until they get the design as perfect as they can.

However, the big difference that is immediately noticeable on this pair is the colour. The real pair has a much more vibrant red sole, similar to the colour used on the Nike Jordan 1 Satin, whereas the fake pair is much darker.

Just like Air Force 1s, Air Jordan 1s feature a star-like pattern on the edge of the toe. It’s one of the shoes finer details but one that plays a vital role in determining whether the shoes are fake or not.

If you look at the real pair, the stars are much thicker and also closer together. The fake pair has stars which are much thinner and there are also a lot more of them in comparison to the real pair. The star thickness is a key real Jordan sign.

If you take a closer look at the logo on the right shoe, you will notice the small registered trademark symbol. This small ® has a much a cleaner finish to it on the real pair, a simple but important giveaway. As you can see on the fake pair, the ® is much taller and is also in a completely different typeface.

Next, the grid behind the Nike logo is also very different on the real pair, appearing in a grid and square-like pattern. However, when looking at the fake pair, the pattern appears to be much less structured, showing that the pair has been put together cheaply and without regard for the finer details. It may be small but it’s easy to see how to spot fake Jordans.

Again, it all comes down to the details when comparing real and fake Jordans. The general pattern on the sole is completely different when looking at the Satin Jordan 1s. On the real pair, there is a much cleaner and smaller circular shape that appears throughout the sole. However, when looking at the fake Jordan shoes, this grid has a much more rigid design, almost reminiscent of a square grid.

Michael Jordan had some pretty amazing moments in the Air Jordan 1 High. The legacy of Nike and Jordan’s partnership is now etched into sporting and sneaker history.

We hope that this guide on how to spot fake Jordan 1 Satin Black Toes was helpful. If you are looking to buy some Satin Jordans then head on over to the KLEKT store. We guarantee 100% authenticity on every purchase and our team of authenticators take the stress away! 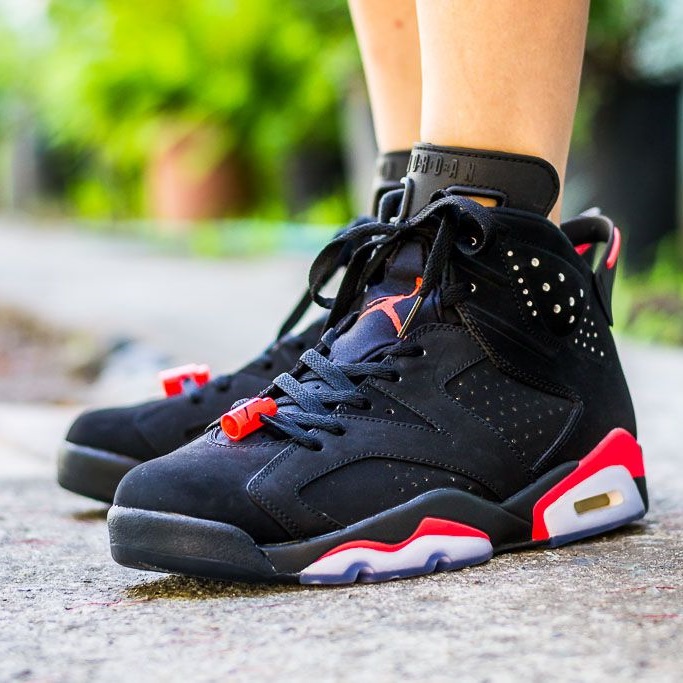 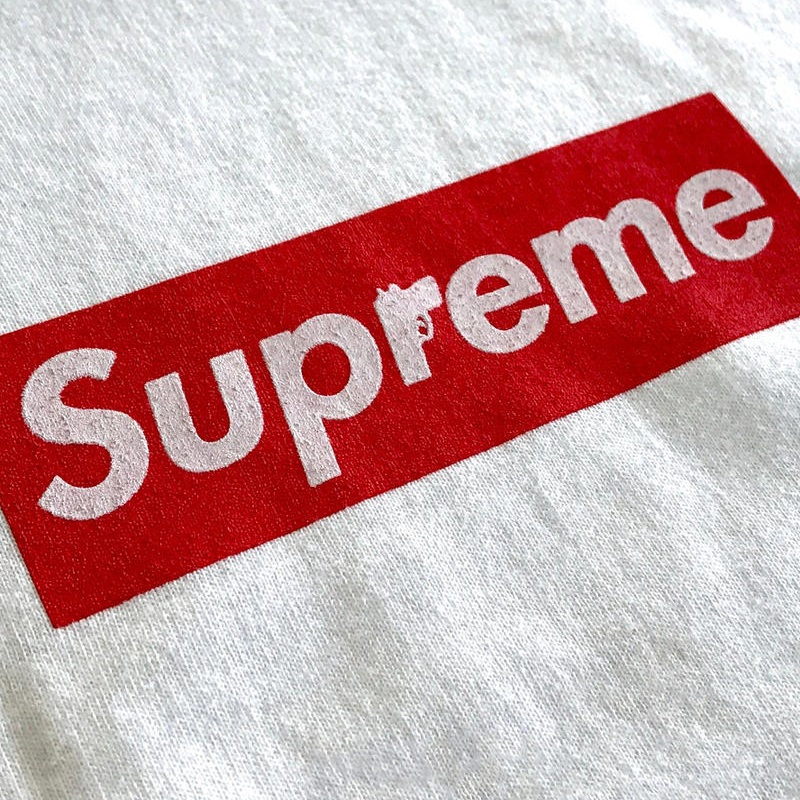 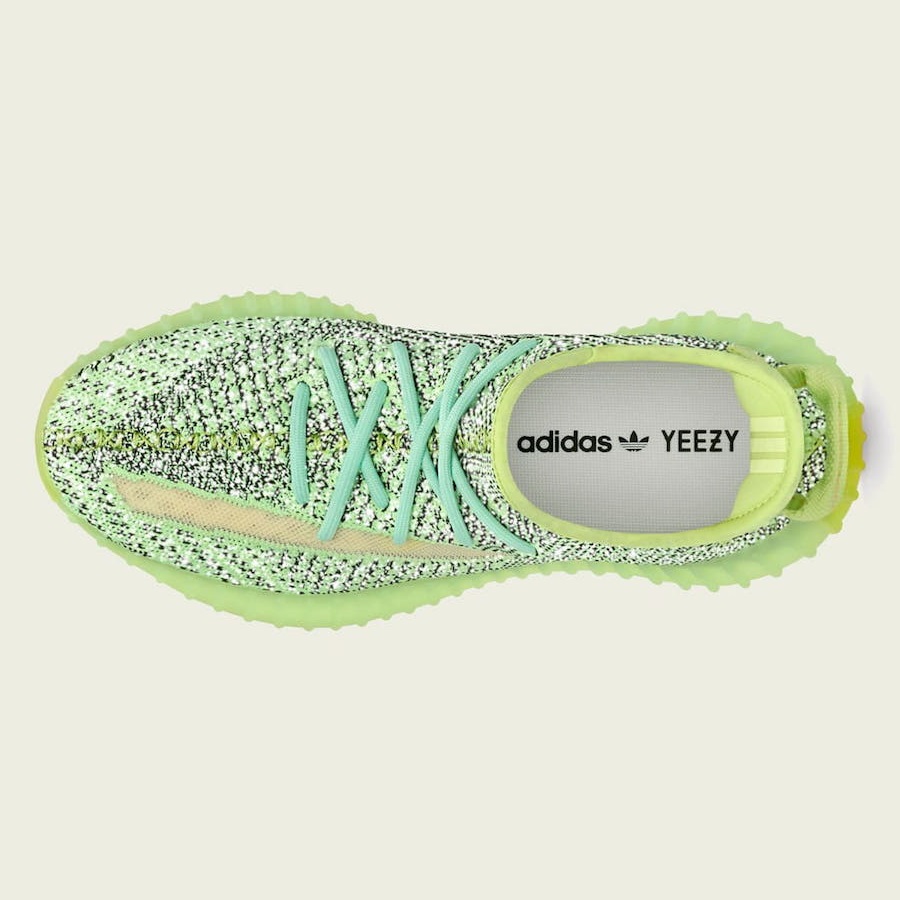